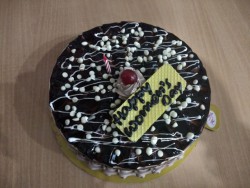 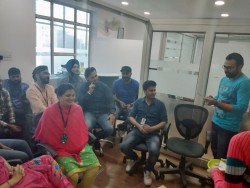 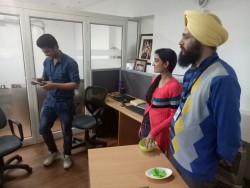 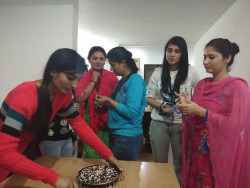 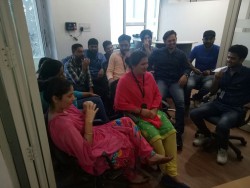 The status of women in India has been subject to many great changes over the past few millennia.With a decline in their status from the ancient to medieval times,to the promotion of equal rights by many reformers, their history has been eventful. In modern India, women have held high offices including that of the President,Prime Minister,Speaker of the Lok Sabha,Leader of the Opposition,Union Ministers,Chief Ministers and Governors.

The Puranas, every God was shown in consort of their wives (Brahma with Saraswathi, Vishnu with Lakshmi and Shiva with Parvati). Idols of god and goddess were depicted with equal importance to both genders. Separate temples were setup for goddesses, and within each temple, goddesses were treated and worshipped with as much care and devotion as the gods were. There are also specific practices that endure to this day, in terms of preference of worship.

We all enjoyed this day & learn a lot from this day . Everyone give their views on this day . And celebrate with full joy & happiness.