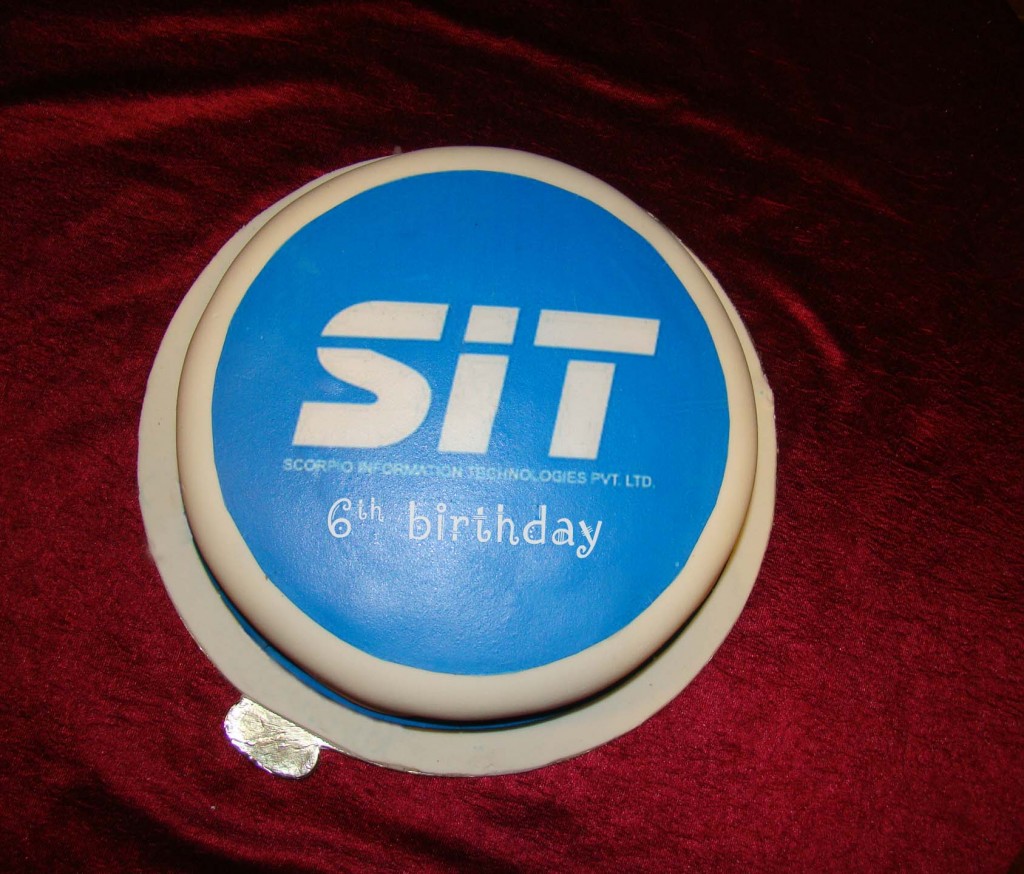 SIT believe to moves in the direction of Happiness only. On 5th of April 2014 SIT successfully completed its 5 years of journey which is a huge reason to be celebrate. Day was fully planned with lots of surprises, events & ceremonies.
Beginning was done as SIT organized the Punjabi cultural “Sukhmani Sahib’s Paath” in office. In which all the scorpions, family members & guests were cordially invited. Prayer always makes us pure. It was done for the official well being and for the spirtual peace of mind or just another way to say thanks to God for what we have. Everyone enjoyed these divine & humble words by heart. Snacks boxes were distributed to all as a Thankyou for coming and being a part of SIT’s happiness.

LIFE IN S.I.T
In evening, the grand party was organised for the Scorpions in Laziz Rasoi Restaurants, party hall. Opening was done with the Presentation of LIFE in SIT and the journey of past 5 years. Some cherished & fun captured moments were shown in the different slides with different phrases by Ms. Salina Arora. The very first employee of SIT Mr.Rajeev Sharma shared his experience of past 5 years. Everyone shared their wishes the SIT for its 6 Birthday with the cheers of Hip Hip Hurray !!

AWARDS CEREMONY
We added more surprises in the party as our director. Mr.Hardeep Singh said few words on this special evening & announced some changes in rules & regulations for all the scorpions welfare and with the thankings to everyone. Some SIT Awards were offered to the deserving & well performed employees of SIT with the suitable titles. Employee of the year Award received by Mr.Rajeev Sharma & Ms. Salina Arora, Commitment to Service Award goes to Mr.Pawan Kumar, Miles and Smiles Award was given to Mr. Abhishek Sharma & Best New Comer Award was received by Mr. Amit Kaushal.

Lots of Congratulations & best wishes for their future were given by other employees.
CAKE CUTTING & GIFTS CEREMONY
In this wonderful evening surprises didn’t ended yet. Cake cutting ceremony was held after giving honor to the employees. SIT logo cake was cutted by Mr.Hardeep Singh with regards of Birthday wishes, flowers, bouquets & gifts by their scorpions team. It was a such pleasant evening.

Moving further, this get together proved marvelous as their was a curve of smile on all the faces. After the Award Ceremony, we all had our feast of snacks & drinks. Dance floor was fully occupied by our scorpions & everyone showed their dancing talents on the dance floor with rocking music beats. Party was over with the hot yummy dinner & cool ice-cream. Many blissful moments were captured in the clicks to add up in the sweet memories.